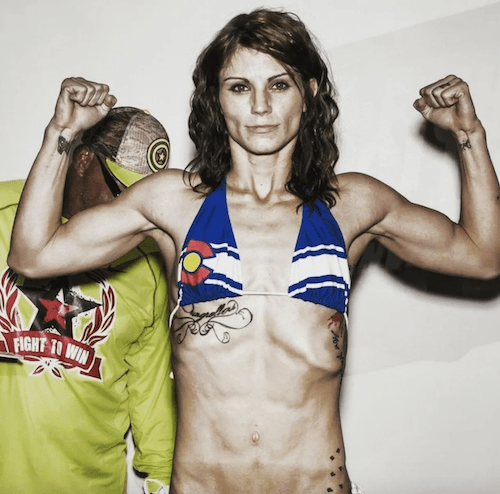 Interview by Women Who Fight
June 2018

Brittney ‘Big Bird’ Elkin began her MMA journey at the age of 21. Inspired by the fights coming to Denver, she tried her hand at the MMA game and fell in love. She has worked and raised her son while continuing the intensive training required to become the successful athlete that she is. Only in the last three years, has she had a full team of people working with her in her MMA career. For Elkin time management ‘was key’, she told us that losing is her biggest motivator as she truly believes she has the ability to beat her opponents. In speaking to her it is clear she has a wonderfully positive attitude to challenges and a seemingly unquenchable self-belief.

As she explains, the only person whose opinion really matters to her is her 12-year-old son, who introduces her to everyone as a ‘world famous fighter’. Needless to say, we love her style. Over her 9 year career in MMA, Elkins game has evolved, being tough and big got her through the early years, however she now game plans and goes over live rounds to learn from her mistakes. She is fighting Kayla Harrison on the PFL card in Chicago on Thursday 21st June at 155 lbs and she is excited to show us what she’s got! Her practical and positive attitude is palpable and we are blown away.

In her preparation for her upcoming fight, she spent last year competing frequently in Brazilian Jiu-Jitsu (BJJ), fighting in 12 Fight To Win Pros and subsequently becoming the heavyweight titleholder. She also won double gold at the Pan Ams. This means her groundwork is solid, putting her in good stead with Kayla the Judoka. Alongside this, she has been working on her MMA game, and in the 8 week run up to the fight she is in ‘camp’, aka where the coaches bring up the pace with a focus towards the upcoming fight, and the weight cutting begins. The week before the fight she will fly into Chicago and acclimate to the environment, settling in and finding her feet in the new territory. This is her rest week and the week for press. It’s also the week to let it all sink in, as in; “we fucking made it.” 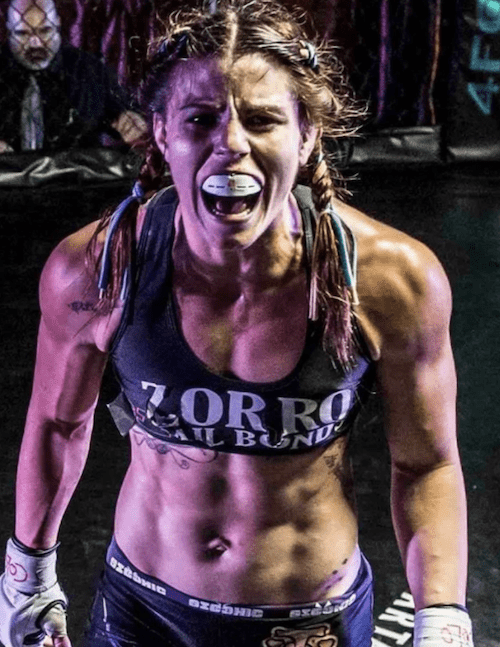 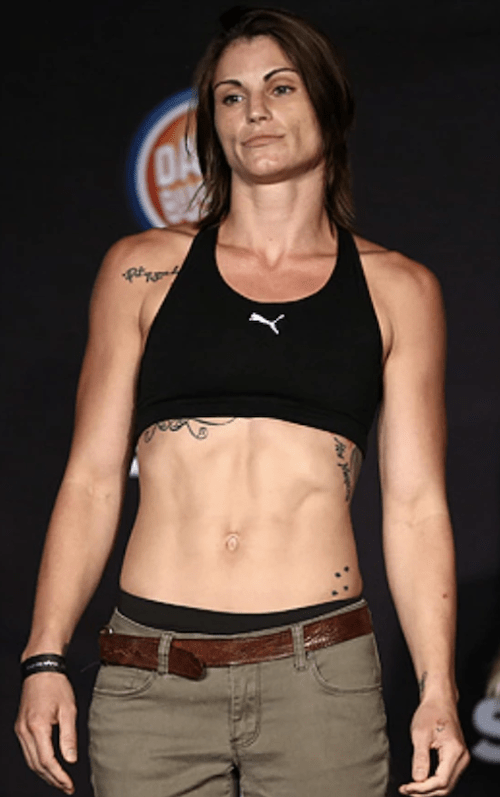 In our interview, we spoke a lot about weight cutting, it’s a big issue for an athlete like Brittney. Generally cutting weight is done in order to be the bigger fighter come fight day, but for someone like Brittney, whose walking weight is around 180 lbs and is 5’11, the lack of heavier weight divisions for women seems infuriating. She has had 14 MMA fights, 12 of which were at 145lbs. She has no other option than to cut 35 lbs (or 16 kgs) so that she can be a professional fighter. This seems to be a huge disadvantage for heavier women fighters in comparison to their male counterparts. The consequence of the brutal weight cutting for the heavier female fighters is the inability to perform as well as they can because they are fighting two battles in the cage; their opponent, and their weight. In her words, ‘it feels like you are wearing brick feet in water…when you’re cutting 35 lbs.’ Brittney suggests that the reason there aren’t higher weight categories than 145 lbs on the mainstream events is because people are worried that those women will be fat and have low performance, or that there aren’t enough women to fill that bracket. However, Brittney knows heavier women who would love to pursue MMA but ‘just can’t cut the weight’.

For Elkin, it is a huge accomplishment to get down to 145 each time and her whole camp in the run-up to the fight is about making weight. In the early days, her method would be to live on boiled chicken, green vegetables and a gallon and a half of water every day. ‘But there was definitely a point where (she) lost her reason why’ in this process, as instead of it being about the fight, and her passion for it, it became all about cutting weight. Elkin says her soul (her passion, her drive) weighs 10lbs and its gone at 145. This is another reason why she is so excited about the upcoming fight on Friday as, at 155 lbs, she has her soul with her in that cage.

(Brittney’s most dramatic weight cut was in 2017 for her Bellator fight, where she went from 177 lbs to 146 in three weeks. This was the time she cut off her hair to make weight.)

If you build it they will come.

Brittney wants to trailblaze the way for more fights at 155 lbs, hopefully opening up the weight class with a ‘bold fight.’ She is taking the lead from Ronda Rousey who created the 135 lb class and Jedrzejczyk who led the 115 lb class and is aiming to be the pioneer of the ‘fiftyfivers’. It is something to ponder however that the UFC, which was born only 25 years ago, seems to be supporting the separation of standards for men and women, when they should be equal rather than making excuses as to why it won’t work.

Just to clarify, there are some fights for women at 155 lbs, occasionally 170 lbs fights, but never on the mainstream, never televised freely, whereas the men’s are. As with anything televised or publicised, what is attractive seems to be the control for who gets to fight on screen in the cage, ‘features or technique…one of those things is beautiful’. Elkin tells us “of course a promoter wants to do the pretty girl, but they can’t run away from the girl that can smoke something up”. There is a line where you have to be good enough to stay in this unforgiving game. It’s a vicious sport with an involved and critical audience. You get to a level where you have to be technically good enough regardless of looks, but women have so much on their shoulders to meet expectations of appearance. Women are expected to present themselves well for weigh in; hair and nails done, weigh in dress and makeup.

Those who watch MMA will know that there tends to be a lot of hype around the fights, personalities are big on the scene and public interest in them goes both ways. Either you are the villain or you are the superhero; it’s not about people liking you, it’s about people being interested in you. The weigh-in is a part of this. MMA is a professional sport and you have to behave like a professional, you sign on a dotted line and you agree to be a certain weight by a specific time. If you know you can’t do it, then you don’t make that commitment. Missing weight can lose you more fans than you would gain if you won it with the weight advantage.

Brittney is an inspiring athlete. She proves that if you have the hunger anything is possible, but as a woman in the MMA world, her journey shares the non-exclusive women’s fight; the need to prove that women can do the task, and do it brilliantly. Her humility about what she does is heartwarming, feeling that it is an honour to just be in the cage win or lose.