Interview by Women Who Fight
April 2020

How did you get into martial arts? How did it all start?

My friends often refer to me as ‘trouble’ but little do they know about how troublesome I used to be when I was a kid. I’ve always had strong values and beliefs and I had a habit of standing up for myself and others. I grew up in Poland where words quickly escalate into violence, which meant I often found myself fighting everywhere. In schools, streets, parties… I never feared anyone. When I was a teenager I started fighting at football matches for fun. I’m not gonna lie, I liked violence, a lot. It helped me release all the negative energy I’ve had stored in me, all the deep, dark anger that most of the kids in the hood had in them too. Most of us came from pathological families, we either lacked love or money, usually both. We wasted our time on the streets, drinking, smoking, pushing drugs. None of us had any good prospects for the future. I think fighting, considering how primitive and natural it is, gave us all the illusion of freedom, of belonging, temporary relief and sense of accomplishment. The more I hurt someone, the less I was hurting myself. When I was 17, one of my mates said I should try Muay Thai. I gave it a go and joined them for a session. It was so different to what I was used to. The training was super intense, the coach (absolute badass and local legend) was super tough and hard on everyone, it was a bit like being in the army compared to what I was used to. I never had role models or anyone I’d look up to I think up until that point. Everyone was so much better than me. All I had was the heart for it. The gym was full of sick fighters, I remember one girl was a world champion. There were a lot of huge, super strong, bald Polish guys who always hit harder than you were ready for. We also had a mad conditioning session every now and then. I got hooked. After a few weeks I realised I couldn’t carry on smoking and drinking and training at the same time so I either have to quit that or training. I quit everything to keep training. Starting with cigarettes, then alcohol, then drugs, then shit friends, then shit diet. I had my first fight 3 months into training, full rules with those cute super thin elbow protectors that slide off your arms anyway. Most of the people that joined with me (I think around 100 people) dropped out with time. After 6 months I was the only one left from that group.

That was only the beginning. I carried on for about 3 years then had to stop for a while as I had anorexia and was too underweight to train or fight. I never stopped thinking about it though. Fighting was always on my mind. It took me almost 3 years to get healthy enough to get back into it. I was worried I forgot everything but it was like riding a bike. Soon after I tried some MMA, then got into grappling. I trained to fight MMA and that was my main aim but after a couple of bad losses I decided to focus on my BJJ and wrestling for a year. That was over 2 years ago and I’m still focusing. 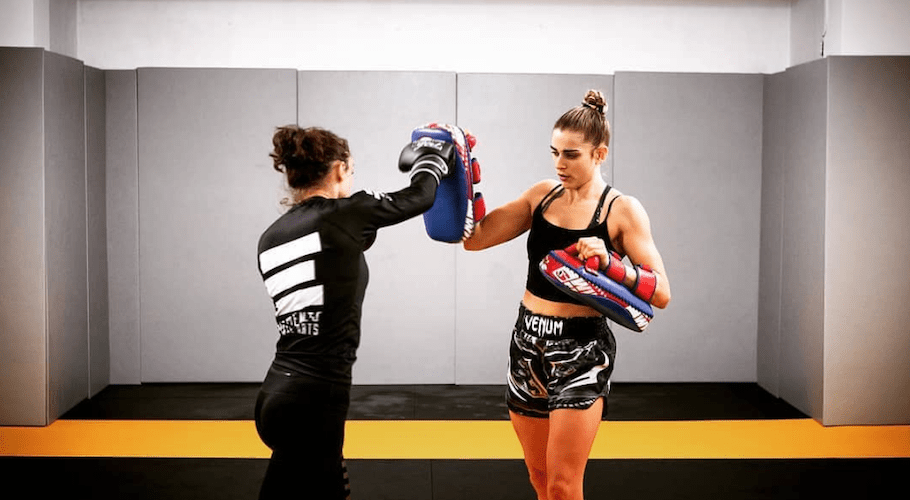 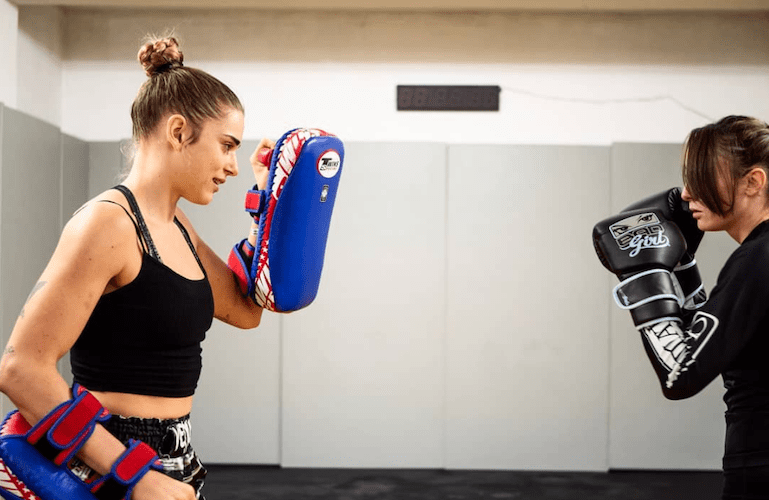 How do you think martial arts changed your life?

Training martial arts stopped me from fighting on the streets and leading a very shitty lifestyle. I’m sure it helped me develop insane mental toughness and determination which definitely enabled me to push through difficult times. I managed to finish two different degrees with honours despite having to work sometimes three different jobs whilst studying full time. Soon after that I decided to train and fight full time and I’ve been doing that for the past 4 years or so and no matter how hard it gets I’m not willing to give up on chasing my dreams. I’ve trained, fought or coached in 6 different countries so far and I’ve met thousands of amazing, unique people that I wouldn’t have met otherwise if not martial arts. Every time I prepare for a fight or tournament I learn so much, not just about the sport but mostly about myself. 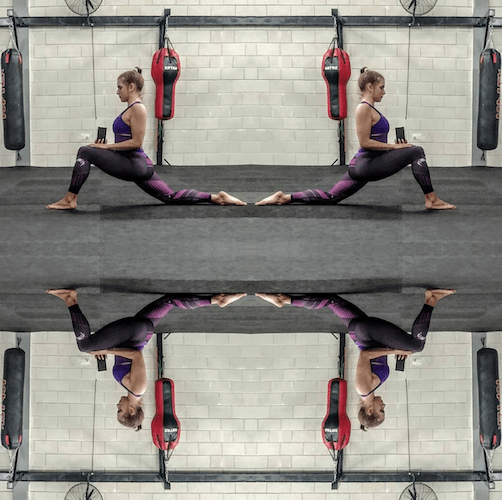 What are your next steps?

​I’m currently really enjoying grappling and competing on sub only shows but I feel like deep down I miss MMA. I think it’s time for me to get back onto it. I also want to keep growing my little striking team and watch all my students learn, progress and fight.

What is your mental prep for a fight?

I don’t feel the need to mentally prep myself for a fight. I’m always training and always ready. My training is always physically and mentally challenging, it makes fighting feel easier. 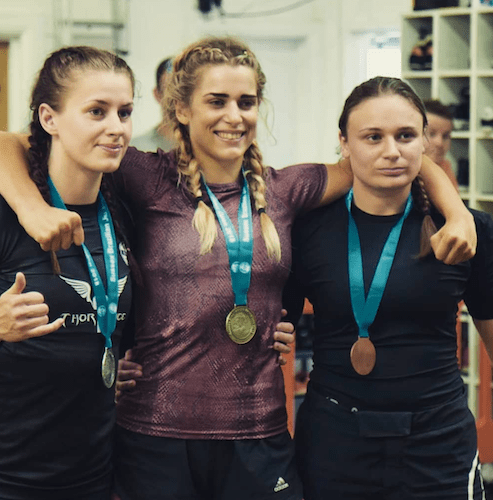 There are always losses and down points in the journey of an athlete. How do you deal with these moments?

Some years ago I noticed a pattern – I was more inclined to lose fights I put the most work in and really cared about whereas whenever I fought on very short notice, without proper prep or against someone much better than me, I’d usually perform my best. I realised I need to change my attitude. I stopped putting too much pressure on myself, I stopped telling myself that ‘I have to win’ and obsessing over it. I also stopped giving myself a hard time after losing and feeling guilty thinking I disappointed my coaches and teammates. Over years, I learnt that fighting is extremely unpredictable – you might be well prepared and lose, you might be completely not prepared and win. I realised that in the end of a day, I do this all for myself because I like it and because it makes me a better athlete and person in general. Nobody else cares whether I lose or win, they’ll forget it in a day. It’s only me who’s left with a memory of it and it’s only for me to act on it and learn from it. Also, the more I competed the more confident and relaxed I got.

Don’t ever let anyone make you believe you’re a failure or not good enough or that you should stop because you’ll never achieve anything. When the people surrounding you don’t support your dream and stand in the way of your success you need to cut them off. Even if you love them. There’s no excuse for toxicity and narcissism. We’re all capable of great things when we realise it’s up to us what we allow in our lives. 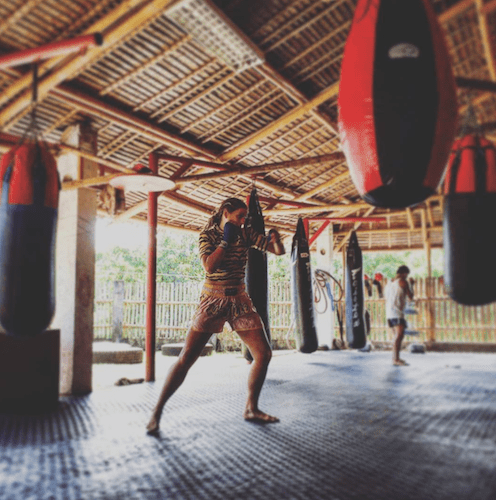 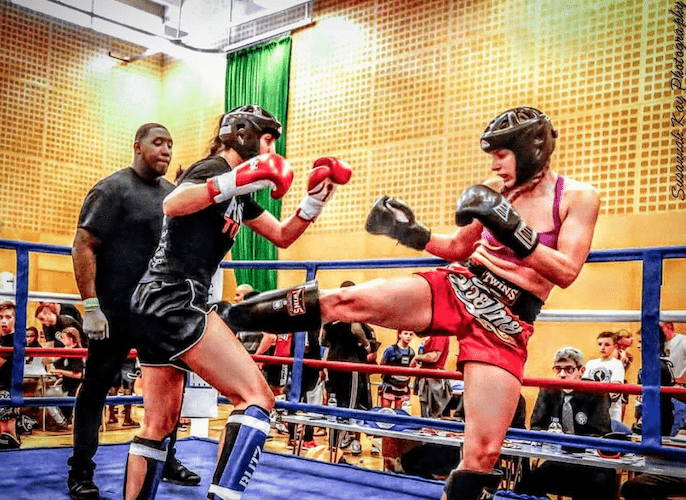