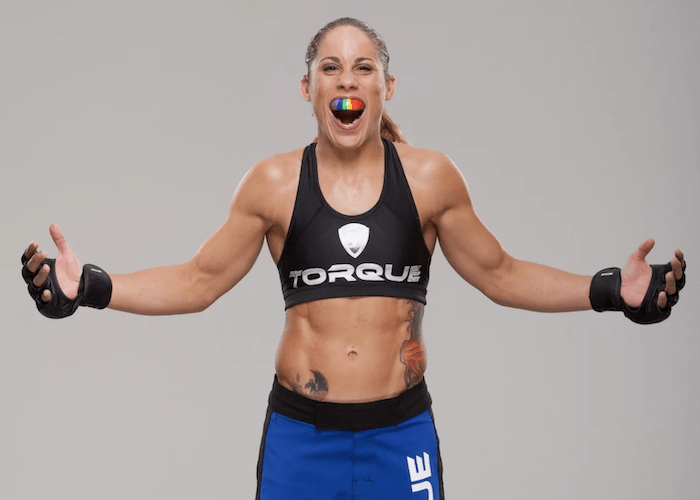 Liz Carmouche is a veteran on the MMA scene and has fought numerous times against opponents including Ronda Rousey and Miesha Tate. Originally part the Marine Corps, she has a strong sense of discipline and has the ability to overcome adversity. The first women to be openly gay in professional MMA and an advocate of CBD oil for its therapeutic benefits for athletes, she talks to us about the challenges she has faced and her experiences in a relatively young sport for women.

You spent five years in the Marine Corps as an aviation electrician before transitioning into your MMA career. How did this happen? What did you learn in Marine Corps that could be transferred to MMA?

It was not an easy transition. I applied for jobs for more than 6 months before I departed the marine corps with no success. While I was deployed in Iraq I started to become interested in MMA as I watched fights and read a B.J. Penn book. At the time I also thought I should compete at 145 lbs, and I thought I had what it took to fight and defeat Cris Cyborg. After I got out I continued to apply for jobs but was still unsuccessful. After selling almost everything I owned I decided to use my G.I. bill and go to school full time. The G.I. bill allowed me to train full time and start my MMA career. The Marine Corps instilled in me the discipline to train hard and stay focused.

What are the most important things you learned in the marine corps?

The most important thing that the Marine Corps taught me was my ability to face and overcome adversity. The stresses that being a marine teaches you that you are capable of anything.

Talk to us through your MMA journey. What were the difficulties/challenges you faced?

At the beginning of my career I couldn’t get a fight. Mind you I started fighting very soon after I started training. I had my first amateur fight 4 months after I began training and turned pro 5 months after I started training. I began fighting in Mexico and on reservations sometimes under questionable conditions like having Cecil People referee it. In the first two years of my career I was going to school full time and it was difficult balance maintaining a gpa while fighting. Often times I had to take my textbooks, assignments, essays, and tests to fight week. While everyone else would be in their hotel rooms relaxing I would be studying or doing school work. After my associates I decided to stop going to school and train full time. The rest is history. 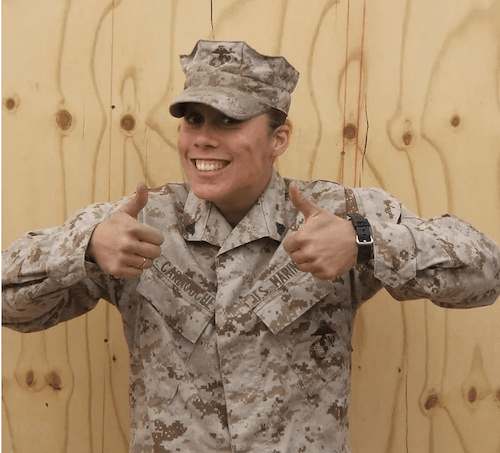 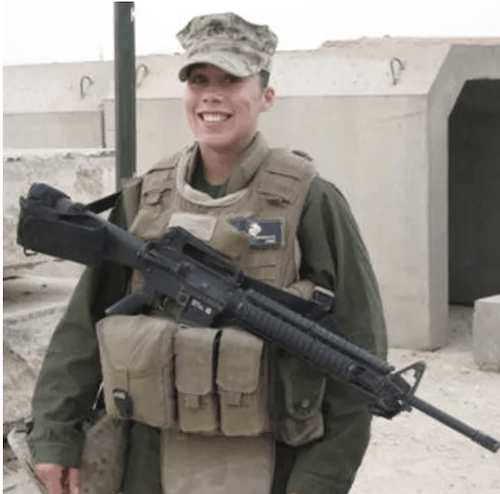 Has the sport changed in its attitude towards women since you began, in terms of audience as well as the people who employ you to fight?

I think the audience view towards women has changed the most in the sport. There was a lot of hesitance and doubt about women belonging on the big screen, but more often than not people tell me they look forward to women’s fights over men’s. I didn’t experience it first-hand but heard of women not being allowed to train in MMA gyms and this has become much rarer.

What motivated you to come out as a lesbian when no one had ever done it before in the sport?

When I was active duty in the Marine Corps “Don’t ask, don’t tell” was in effect. I was a late bloomer and didn’t realize I was a lesbian until I was 22. I was too afraid of the repercussions of coming out to my fellow marines that I didn’t tell anyone until I left the marine corps at 25. After that I told myself that I wouldn’t live in fear like that again. My head coach Manolo knew right away. He made me feel welcome to be open to him and others about my sexuality.  It never really came up with teammates. I didn’t want to shove it in people’s faces, but I also wasn’t willing to hide it. People would ask what type of women I was attracted to as if they knew and didn’t care. What were people’s response? I lost some friends when I came out. I was also turned down for sponsorships. My former management asked me to downplay being gay, be more feminine, and play to flirting with men. My family embraced me with open arms, but they said they all knew and were just waiting for me to figure it out. Most friends were accepting or said it didn’t matter. I was very fortunate to fairly easy coming out. Yes there were roadblocks along the way and some hardships coming out but for the most part I’ve been very lucky.

Tell us about UFC and your experiences. How does it feel to be in the octagon?

The UFC has been history in the making for me. Once I knew about MMA and the UFC I wanted to compete in it. I’ve met amazing people in the UFC and had a blast with every experience. 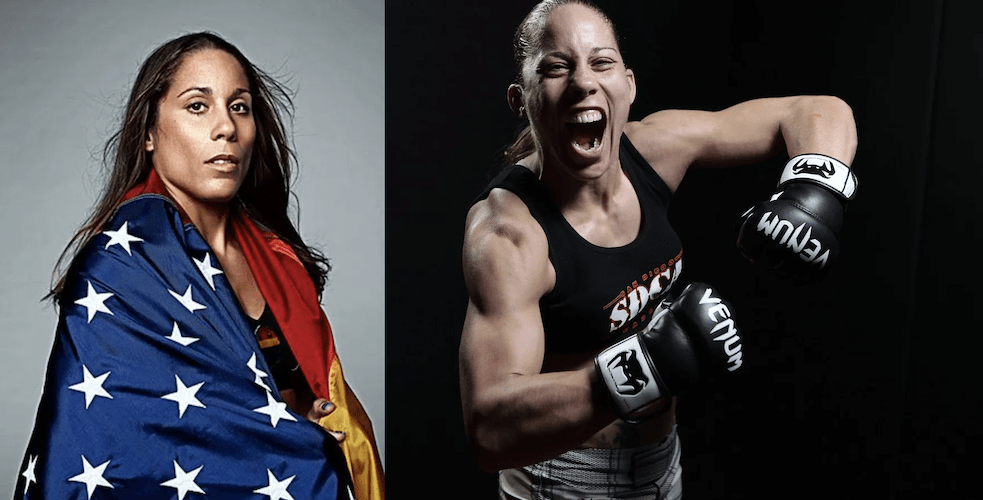 Did living in Japan when you were young have anything to do with your move towards martial arts?

No, not at all. The martials arts culture in Okinawa is something I wish I had known more about and taken advantage of. Were you exposed to it when you were there? I did different karate forms when I was little very briefly. I had never heard of MMA however until my first deployment to Iraq.

You are an advocate of CBD for its therapeutic benefits for athletes. Can you tell us a bit about this?

I believe in CBD very strongly. I don’t like the idea of taking pills for pain or inflammation. Both of which occur because of fight training. I was seeking an alternative to help recover from training when I was introduced to CBD. I was against it at first thinking I would get high by using it. Upon more research I learned it does not get you high. And unlike something like motrin that has side effects CBD doesn’t have those. I love CBD because it helps me get to sleep and stay asleep, it has anti-inflammatory properties, and I use it to reduce pain. CBD has so many benefits, but these are three main reasons I use CBD.

Do you have any advice to the part time and full time athletes?

My biggest advice to women looking to pursue fighting is to find a team that they connect with. If someone doesn’t like their coaches or training partners it makes it much harder to be disciplined and stay on track with training. When you have a team that’s like family it helps you look forward to growing and being in the gym.