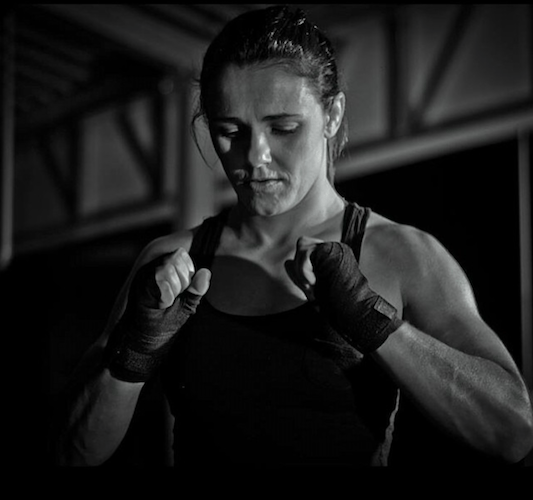 What lead you to start training BJJ?

I always liked to fight. Even with my sisters when I was a kid. I love all kind of sports and I used to do everything at school. When I was 14 years old I started Capoeira, but back in the day we did not have competition so I started looking for something where I could test myself. I was going to Judo, but Robert Drysdale, a friend of mine, told me about BJJ and I decided to give it a try. I went to first class and fell in love.

What are the biggest challenges in your career so far? And what is it that makes you overcome those challenges?

When I was a white belt I lost my first three competitions, and I felt frustrated and thought about not competing anymore. Of course it didn’t happen and after a few months I tried again and won. It was a big challenge for me. Worlds used to have brown and black belts fighting in the same division, (in 2006), and as a brown belt I had to face a black belt in the final. I submitted her to become the 1st time world champion professional of the brown and black belt division. But it has been 20 years of training and fighting, so many challenges to get here, I could give you so many other examples.

Please tell us about any injuries you have had and about your road to recovery, mentally and physically. Is there any advice you would give to someone in the same position now?

Of course after time everything hurts, but thank god the only serious injury I had was in 2009 where I had my elbow dislocated  when I based to defend a sweep. It was very painful but luckily took me a very short time to recover. Mentally it was 2008. In 2007 I was winning everything. I was a new Black belt, motivated, and I won light feather and open class at the Worlds. Then in 2008, I put so much pressure on winning that it blocked me. I lost every single competition. I worried too much about other people’s opinions, rather than my own, and I couldn’t have fun. It was a hard way to find out that what matters is how you feel and not what others expect of you. I didn’t need to prove anything. I was real and in my weight class I was one of the best. Then I started to have fun again.

What does your daily routine look like? And how often do you train?

Now I’m training for MMA fights, I usually train 2hr30 in the morning (MMA), rest in the afternoon, then another 1hr30 of boxing or Muay Thai in the evening. I finish the day with some BJJ or lift weights or do yoga, depending on the day.

How do you feel before a competition? How do you prepare physically and emotionally?

My best preparation was and still is training. I train as much as I can, even when my coach says to rest I still do one more. It makes my mind strong and my body feels tired and I get happy.

How did you begin fighting in MMA?

In 2011 there was an organisation in Peru called Inka Fight, and they contacted me to fight there. I had never done any stand up sport before besides Capoeira years ago, but because I love a challenge I decided to accept. It was so different, but I won and it was fun! If I were to do it again though I would do it differently, it was very short notice (2 weeks) with no weight limit…very unprofessional!

How does it really feel when the cage door closes? How do you manage to stay focused?

Training for an MMA fight is very hard. On fight day I feel extremely happy to finally be there! The doors close and I just want to do my job and finish it.

Any tips for the women who are aspire to have similar success?

Train, sleep well, listen to your body. If you think you can do one more training session, do it. If you are tired, skip one day or one session and do something fun. I love to train but I’m not obsessed about it anymore. Diet and lifting weights is very important for me.

How do you deal with those days of the month?

Sometimes it’s more painful so I take a rest, otherwise I train normally.

What are your future plans?

I have August and September fully booked with Seminars and camps in Europe, UK and USA, (Greece, Italy, London, Texas, Florida, Arizona). I’m considering fighting in the Worlds Masters this year in Vegas in August, as I will be there anyway. Then Lisbon No-Gi Open, Sardinia Open. Then October back to São Paulo. I want to have the belt of my division in one MMA championship. I’m hoping they give me the title shot this year.

Which is your favourite competition and why?

I have lots of favourites, one of which is worlds in 2006. I was brown and I was losing the final, but somehow I got a triangle and submitted the girl. I got my black belt on the podium. In 2010 when i decided to go a few divisions over my weight (medium Heavy), I won! In 2014 finals against Tammy, I was losing but after displacing her arm and she didn’t tap, I got the points to win. ADCC in 2013 in China was my dream. Always good memories.

What are your future plans?

I don’t have any plans for competition in the near future, but I enjoy training, keep learning and evolving. My plan is to continue the work to maintain my team as the best team in the world. Helping others to achieve their dreams.

Talk to us about a competition that did not go the way you wanted and how did you deal with the loss?

When I used to compete BJJ, I hated to lose, but it was important as it made me strong and determined to win the next one. I used to train more, not focusing on my opponent but trying to make my game better. Sometimes when I lost, it felt like I didn’t do anything in the fight, other times it felt like it had been a good fight, so the result didn’t matter so much. I think most of my fights are exciting to watch, even when I lose. So I do my best, with all the hard days of training, everything I gave up to be there, putting everything I have on the mats. If I lose, at least I did all I could and have no regrets.

Keep training, improving and most important, don’t forget you are doing this gentle art for love and love it. It’s supposed to be fun!