Interview by Women Who Fight
July 2020

We mostly wanted to talk about Samah and her journey in Judo, however, inevitably the pandemic seeped through our conversation as it does most things at the moment. It’s a complicated situation for everyone, and for those in contact sports who rely on sponsorship and winning tournaments it has been a nightmare trying to maintain their fitness and skill set which is so dependent on regular training. Samah was incredibly sweet with a beaming smile and had a relaxed vibe. We spoke in April this year, as she sat in her parents garden and we in London in our respective, isolated homes.

Samah began her Judo journey when she was 9, a shy girl, she went along with a friend to a Judo class. As a bigger and taller girl than many of her friends, she found confidence in Judo because she fitted in with her weight class and her size became an attribute. Now 25, she has 16 years of experience behind her. She received her black belt at the age of 15 and became full time when she was 17, training and competing at the highest level. 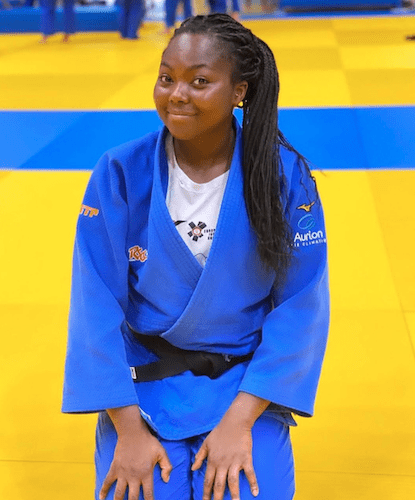 The first time she moved away from home was to take up full time training in Strasbourg for two years. Up until this point she had been training 3 times a week, however the new schedule packed in at least one session a day and she told us that those first months were really hard. Fortunately she became close with her teammates and they supported each other through this transition.

Before the lockdown Samah had been training at the National Centre in Paris. I think many of us train at gyms that stay open even during the holidays, bank holidays, new years day, you name it. For Samah, as for many of us, it was a terrible shock when the reality of the pandemic hit and she could no longer train with her teammates and coaches.

​We chatted on, and asked her the big question about training around her period, something which everyone deals with very differently depending on their disposition. With competing athletes, figuring out how to train on and around your period is an essential part of your development as an athlete as you can’t plan your competitions around your cycle, rather it must always be the other way around. Samah said her coach is aware when they are menstruating and they slow a little and work with the energy they have, taking medication if they need to, but the pressure is on to stay at their peak and train through those rough days to stay on top. It is part of the conditioning they have to go through to be prepared for the competition days, and you just have to get on with it.

Around competition Samah needs a little more help with her mental preparation so she gets help from a psychologist who works through how Samah is feeling and helps her deal with the pressure. “We try to recreate a situation on the tournament day. What is it like on my best and worst days.”

When she was younger, Samah didn’t like to see who her competitors would be, but now at the high level she does and learns about each opponent, their strengths and weaknesses. As a heavy weight, she fights on the last day of competitions, and as the draw comes before the tournament starts, she often knows who and when she will be fighting with plenty of warning.

Outside of training, Samah was training to become a teacher but has since changed this to study marketing this September to become an event and wedding planner alongside competing Judo at an international level.

“I want to compete at the Olympics in 4 years in Paris, it is my dream. With my whole family there.”

The level in Judo is considerably high in France and as a result it is very difficult to get onto the olympic team. You have to be really smart in your preparation as an injury can mean you lose your place, something which Samah has already experienced once. Two years after Rio she was second in her category in France, but a shoulder injury meant she lost her place as she was out for three months.

We asked her how she was coping with quarantine, and she said at first she felt crazy, so used to training everyday, sometimes twice a day, she has had to adapt to a very different way of living. Fortunately she has found solitude at home and managed to strength train, working on her grips with her brother as her partner. Samah says that she is like a mouse in a cage, she plans her training every Sunday for the following week so that she knows she is being productive. The brightside is that she has time to do a lot of things she never had a chance to do now, cooking african food with her mother, practicing yoga and helping her nephews with their school work.

Judo shows equal opportunity for both men and women as they both fight in the same tournaments and have access to the same prize money, and in France the women actually bring home more medals than the men’s team. They tend to train separately at Samah’s gym, although as a heavyweight she gets a lot from training with the smaller guys who give her more resistance; at 78kg she likes to train with a 66kg guy.

Whilst martial arts are fantastic for self discipline, fitness and community (to name a few) they also have a strong element of self defence, and for women this can be a big attraction to begin training. Samah fortunately has never had to defend herself outside of the gym, although she is confident that she could if she had to. 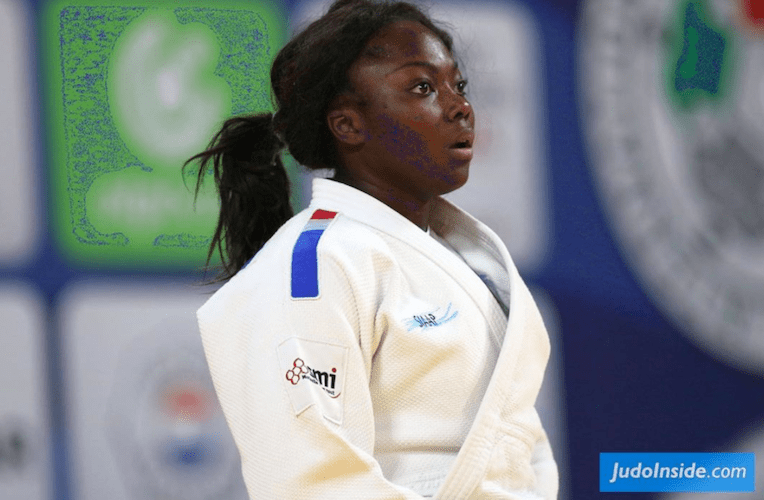 Three years ago she had a shoulder injury and was out of training for 3 months, and one year ago it was her hip. She was at summer training camp and whilst training with one of the boys her hips locked when she was being thrown and she heard a noise and suddenly couldn’t walk. She had damaged the cartilage and had to use crutches for two months. The rehab involved waiting and then eventually beginning to train the muscles around her hips to support and protect the joint. She was meant to fight in the Paris Grand Slam in February this year she damaged her other hip which meant that she was out of the running. She explained how hard it was to start training intensely again as you are always worried about the same move that injured you, and you have to work through it and learn to trust your body again.

As with every competitor, or anyone ever, we sometimes fail, one of the biggest and most important ways we can learn. Samah’s reaction to her own losses is anger, anger at herself and the situation because “you lose you feel terrible because you train twice a day and it’s not enough.” On competition day, Samah will have breakfast and meet her coach, trying to stay relaxed hopefully with her best friend who is also a competitor, sitting, talking and watching the fights. The most important thing is to stay focused so she doesn’t like to be on her phone and doesn’t speak to her family until after the event. She has competed in Japan, USA, Glasgow, Germany and Hungary, to name a few.

Samah’s favorite place to train outside of her home club is Japan. She says the training is good, “they really fight and aren’t tactical when we train. It’s very different when you fight them in competition. I like to train in the Netherlands too, the people are really cool. Training is training.” 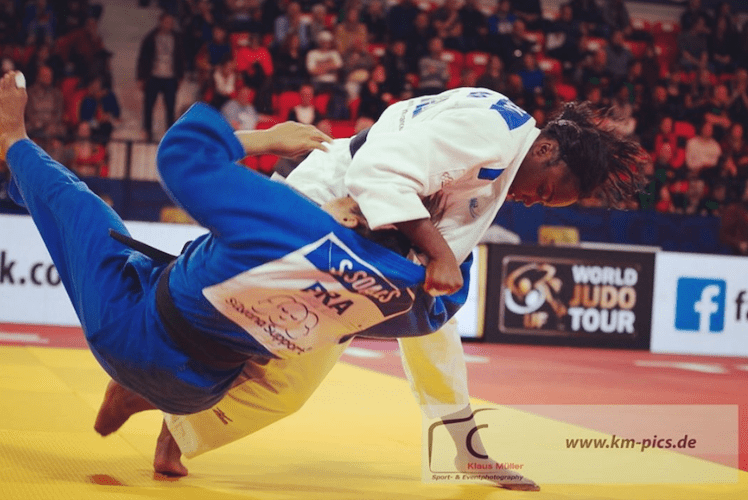