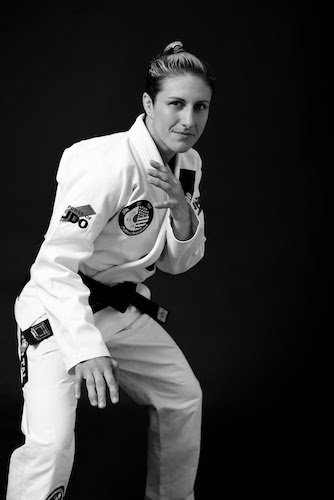 Interview by Women Who Fight
November 2018

Sophie Cox was a Judo Olympic Athlete for the 2004 Greece Olympics and the 2012 London Olympics.

Sophie is lovely, very chatty and down to earth. We spoke to her on a Wednesday, her day off. She was sipping a beer, and the sun was out. A far cry from the intensity of the Judo matches she has fought in her career. We were inspired by her way of life, having designed it around her strengths; a part-time coach for England’s under 21’s Judo team; part-time mum; part-time club coach at a local level; and a mentor in schools coaching children generally. Importantly she wants to be approachable and show that anyone can do whatever they put their mind to.

Her training is about enjoyment now but she has the capability to switch between this mindset, and that of a competitor, which she believes is down to her strong training base. Sophie calls her training ‘periodisation training’, ticking over in the low periods, and then ramping up the training for the competition 6 weeks leading up to it.

Sophie began training in BJJ in 2013, and said she has loved being a student again and being able to compete. Because of her high level of Judo, training partners are harder to come by. Sophie organised a female fighters camp in August this year (2018), combining the teaching of Judo and BJJ. Fighters Vanessa English, Ffion Davies, Rosie Sexton and herself all taught at the camp. They say Judo and BJJ are brothers, so it makes perfect sense to combine the two martial arts in this way, and has great potential for improving women’s game.

‘I appreciate the nuances between them…BJJ isn’t as hard on your body, Judo is so fast, it leaves a lot more room for stuff to go wrong.’

How did it start?

Just before Sophie was was 19 she was invited into full time training (funded) at Bisham Abbey, where she then trained for 3 years, 5-6 days a week, 5-6 hours a day. We asked her, how on earth can you train that much, when did she rest?! Sophie emphasised that recovery is very important. As a full time athlete, you do pick up small injuries all the time, and they would generally ignore them and train through them until it became a real issue. However, there was a physio on site to help with problems, and you build up to that high level of training from a young age. Sophie has been training in Judo since she was 6, so her body was very robust.

Sophie went to Athens in 2004 when she was 23, just before her peak. Despite feeling good she lost in the quarterfinals, which she believes was because she wasn’t mentally ready for it. In 2005 the centre where she trained was shut down and she lost a big competition. Sophie retired at 23 and went to Thailand to teach english, and ended up staying there for four and a half years.

‘[Judo] was so intense, it was my life, I felt like I couldn’t be at the level I wanted to be.’

There was some unfinished business with her Judo past and so on Sophie’s return to the UK in 2010, she dived straight back into a full time set up preparing for the 2012 London Olympics. During her time in Thailand she had trained Thai Boxing so her fitness was still at a high level. However the experience there had humbled her. She was Sophie the teacher not Sophie the Judo Athlete. She returned to Judo with the attitude that it was a sport, ‘I can give it 100% but at the end of the day there is a big big world out there. I could see an end to it. I wanted to be a different kind of person.’ 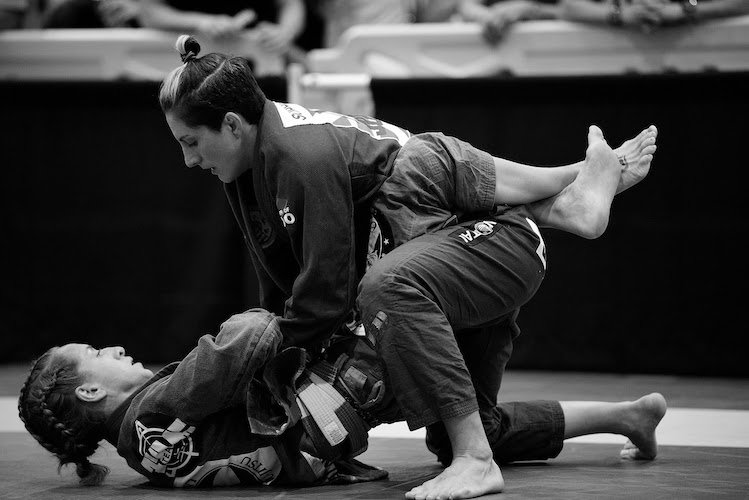 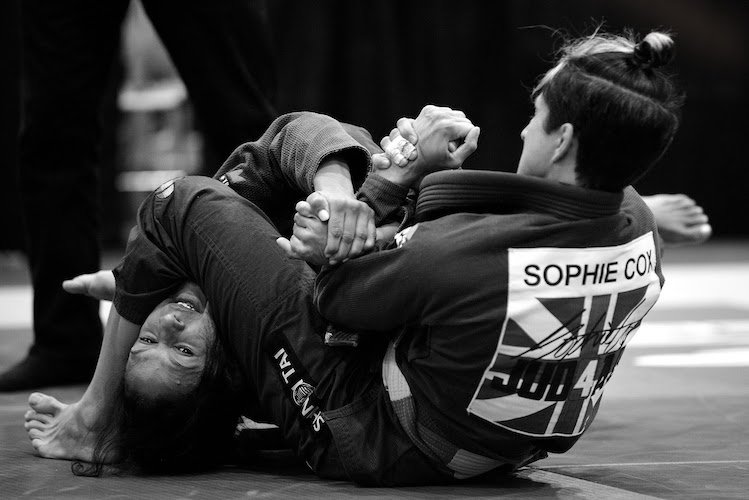 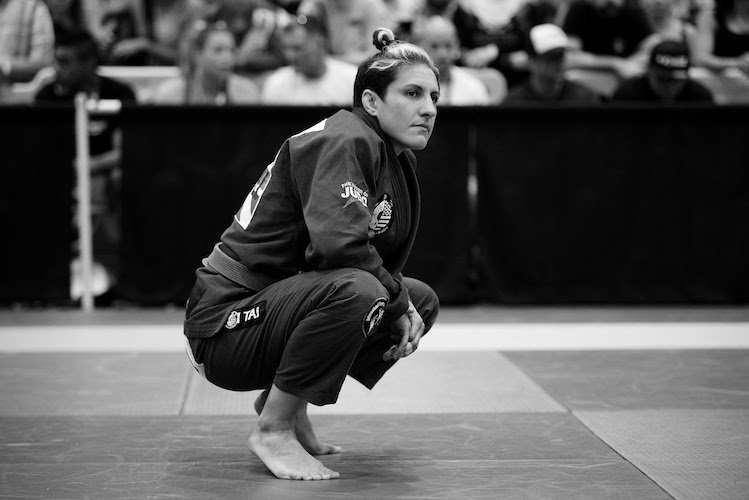 What is the main piece of advice you would give to an athlete?

Find your reason why. Understand the purpose of your training.

What is the end goal for you?

For part timers: Believe in what you are doing. This is making you a better person.

How do you deal with wins and losses?

I’ve lost at least as many times as I’ve won. That’s mostly where the learning comes from. It’s important to be passionate and feel, but I deal with it logically.

What mistakes were made and how am I going to improve?

So I can set myself up to succeed next time. 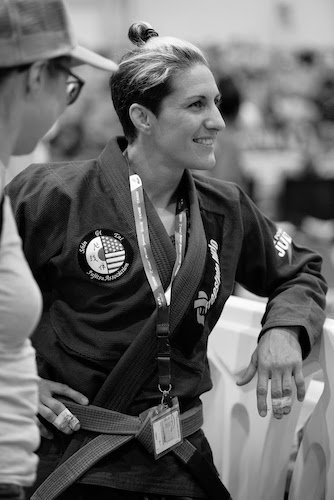 What was your why?

Some people have this amazing belief that they are going to be the best. I didn’t have that amount of self confidence. I had a great coach who believed I was good enough to be the best. My attitude was that I was going to beat whoever was in front of me on the mat. I just wanted to win, and perform. British judo has never had an Olympic Champion, we’ve only ever had silver.

What are the main life lessons that you learnt in Thailand?

Pace of life. It was more of culture shock getting back to the UK. To succeed you have to be sucked into the game. I was determined when I got back that I wouldn’t be. Chill out a little bit, don’t take life too seriously. Bring in a philosophy to your general life. I try to be considerate to other people.

As a full time athlete you have to be selfish, you pull all the people in around you. Since returning, I look at how I am helping other people as well.

Do you think you are making an impact on kids?

Whenever I do a taster for kids, I get good feedback. It’s about being accessible, I’m a real person.

I’ve been bullied, felt scared, not been sure of myself, but I found something that I love. It’s about relating to them as much as possible. 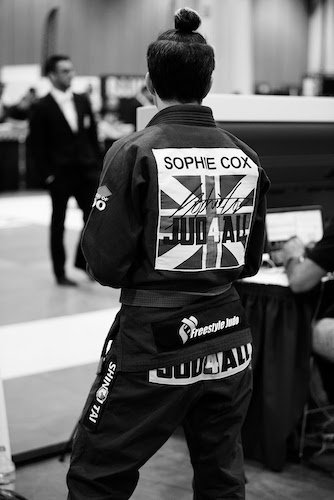 How do you manage to have a son as well as teach work and compete?

My son is 3 now. I have my why now, I go to competitions and he comes with me. It’s about balance. Periodisation. It’s about mindfulness. Being really present in the moment. My family are very supportive. If I’m putting in extra training for a competition then they help me out, but when I’m not, it’s all about him.

[Us] You are mastering life at the moment!

It does take work, sometimes I take on too much, and the balance changes, so its very important to bring it back.

Around your period, how did your training change?

It’s definitely getting worse as I get older. I tend to break things when I’m on my period. I’ve got plastic wine glasses! It’s a proven fact that your coordination isn’t as good when you are menstruating, but I train through it, knowing that it will pass. If you experience a lot of pain, you should take time off, don’t be hard on yourself. People are too hard on themselves if they have to miss a session. Don’t be afraid to give yourself a break.

I would love to have my own little dojo, with a bit of everything, with a balance of athletic performance as well as the community feel. Sustainability is a big thing for me, would like to get some cool people involved.

Your camp is such a good place to start!