“I wish martial arts were as normal for women to consider as gymnastics and handball because I believe that it can learn people to enjoy taking risks and growing in the process – and I guess a couple of sessions a week in a smelly basement is a good way to start.” 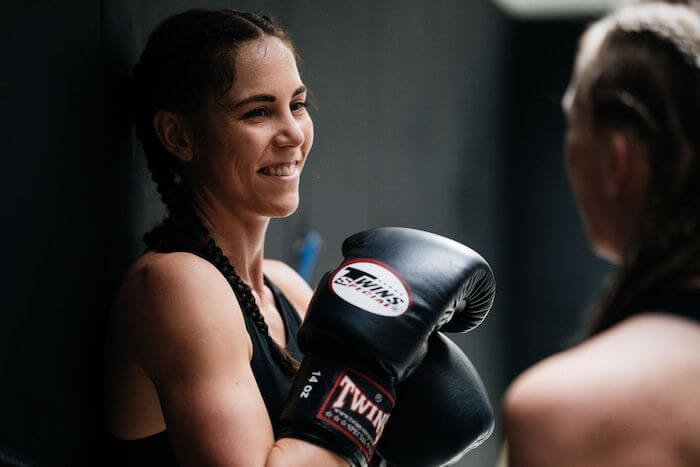 May Linn Michaelsen is Norwegian muay thai fighter and works as an advertising creative.

She’s a strong believer in how discomfort helps us grow. Read more about her background and first meeting with martial arts.

Sport has always played a huge role in my life. In my teenage years I played handball and competed in gymnastics until I moved to Oslo at 19. Then I stopped and fell into a traditional gym lifting weights. After some years I felt the urge to compete in something again, not in an actual fight but to challenge myself a bit more.

I first came to know Muay Thai in 2013 through a Norwegian TV show. It was about the time MMA became mainstream in Norway and these excellent fighters from different martial arts backgrounds came together to learn MMA. At that time Muay Thai looked like the most badass sport of them all and I would never (ever!) imagine myself in the ring. At the age of 24 I took the first baby step to try for myself. 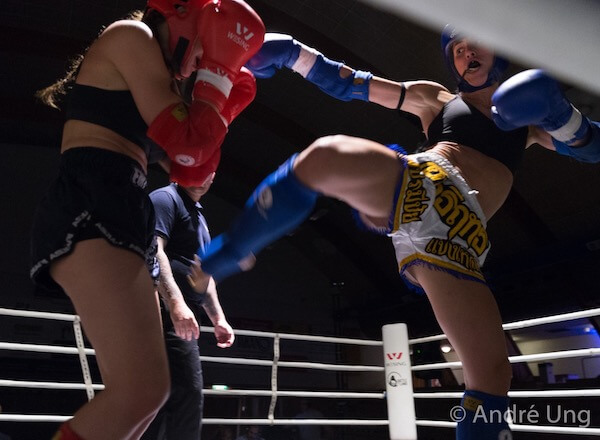 The gym was located in this warm steamy basement underneath the busy streets of Oslo. They offered a free week of training, so ‘what harm would it do?’. I actually didn’t think much about it until I arrived – when the anxiety started to rise. I came alone and had never visited the facilities. Just simple things like what to wear, how to find the entrance and the wardrobe became these huge unnecessary concerns.

My first session was submission wrestling. The beginner class was pretty full, and about 90 % male. I didn’t expect anything else, so it didn’t bother me. Everyone acted very humble, and I guess everyone felt vulnerable in their own way. One of the things I remember from the first session was that we learned how to throw an arm bar. I felt ecstatic! The next day I went to a striking class and after that I just had to keep going!

For the first 2.5 years I moved between submission wrestling, Muay Thai, MMA and BJJ, and competed at a beginner level. After my first full contact Muay Thai fight in 2017 I was officially addicted. I lost the fight to a great Swedish opponent and realised that I had so much to work on! From there I chose to concentrate on Muay Thai, and it has been my number one hobby ever since. 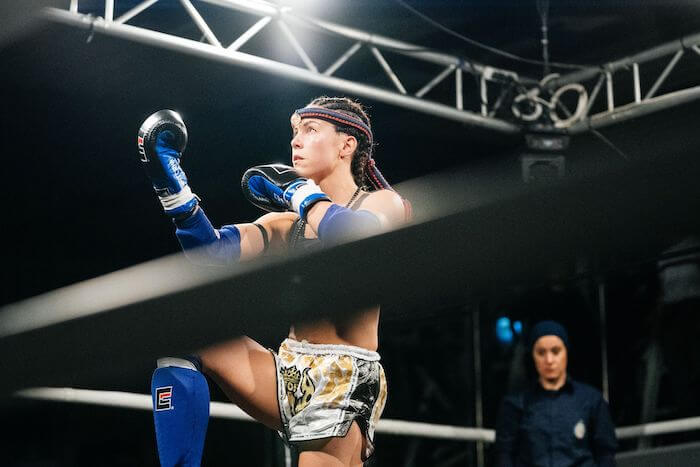 Unfortunately there are a lot of misconceptions around fighting and some people see us as tough, confrontational and even violent people. I can label a part of me as a fighter, but I don’t fight. I’m not violent and have never been in a “real” fight before. My personal goal is just to be more comfortable with my own personal discomfort – both in fights and in other aspects of life.

I wish martial arts were as normal for women to consider as gymnastics and handball because I believe that it can learn people to enjoy taking risks and growing in the process – and I guess a couple of sessions a week in a smelly basement is a good way to start.