“Every small improvement and achievement is a step towards success, but when we get too fixated on the goal that we want to accomplish, we forget to appreciate the journey and the people it took to get there. It is the failures that build us to be strong mentally and physically.” 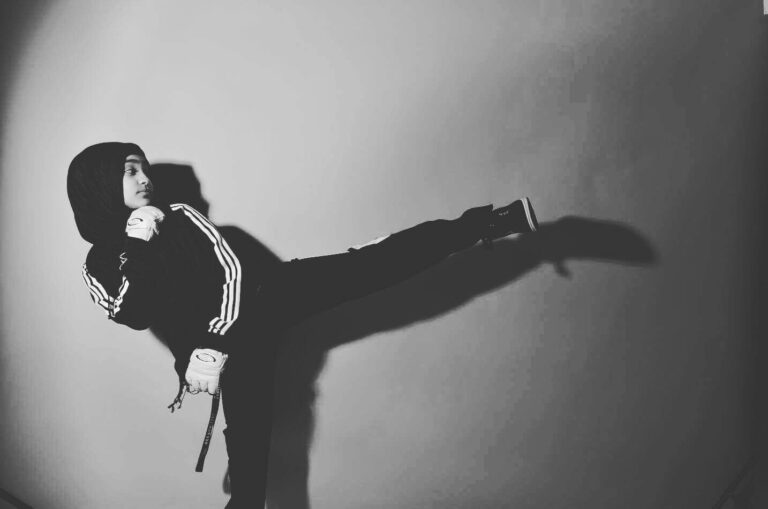 Growing up, I was extremely fortunate to have a family that supported me in all activities that I took part in. I grew up around two older brothers, so naturally athletics were all around me. When I was young my brothers joined a Tae-Kwon-Do club, and I would go and watch them train and compete in tournaments. Around the age of 6 or 7 I asked my parents to let me join, and they signed me up. From there I competed in many different tournaments and competitions. My love for sports began there. In elementary school I played any and every sport you could name, and I won a few athletic awards in school. Around the 6th grade, I decided to start wearing the hijab. After making that decision I felt like there were more eyes on me when I competed in tournaments and sports in both Tae-Kwon-Do and school. At first this scared me, and made me more hesitant but as I grew both mentally and physically I looked at this as an advantage to represent and inspire young girls scared to try sports, and thus began my dream to be a positive and influential representation for young girls.

At the start of high school, I slowly lost my love for Tae-Kwon-Do. I continued to play sports in school, but slowly stopped training at my Tae-Kwon-Do gym. After taking a year break, I found a new passion, boxing. I began to train a boxing gym and have never stopped loving it since. The environment was quite different than I was accustomed to as there were less females, and not a single hijabi woman. Though I felt a little out of place, I just told myself to get up every day, keep going and hoped that maybe I can one day represent minority women in sport. Though I have not competed in any official boxing competitions, I do hope to in the future god willing. 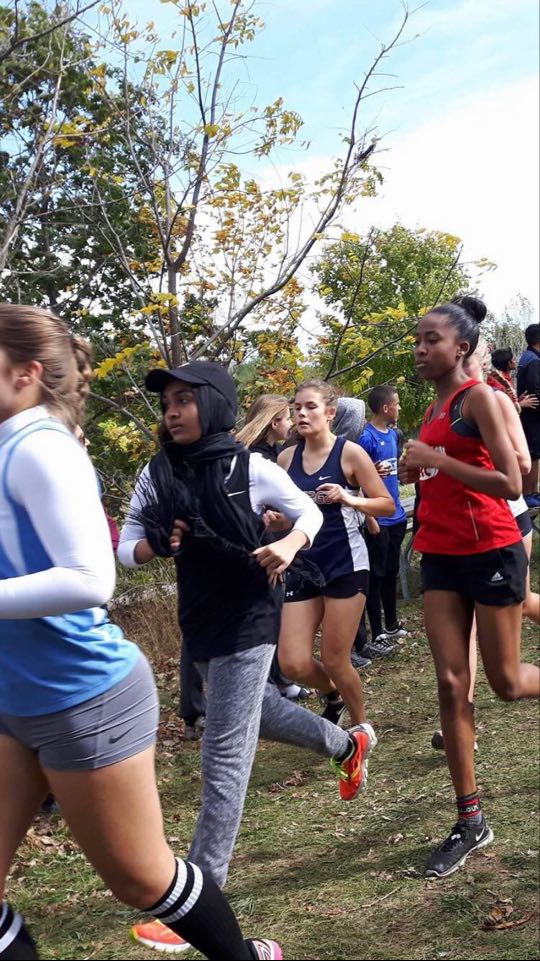 After I finished high school, I began to study nursing at university. In my first year I joined my university’s contact flag football team and played against many different universities. I was unable to find a boxing gym near my university so I continued to train alone at my gym and attend my football practices and games. Again, I noticed there was not many Muslim or minority women in the gyms and playing on the football teams. So once again, I made it my mission to encourage and inspire young girls to go out and try sports. I created an Instagram account posting videos of my training and journey in boxing and sport to represent Muslim women and encourage women to go out and try something new. I had wanted to create this account for a year but was too afraid of what people would say behind my back as I knew everything I would post would not be perfect. After talking with some friends and expressing my ideas and fears to those I trusted, they assured me it would be better to try and fail than regret never trying at all. I put my fears of what people would say behind me, and on August 29th, 2020 I created my account Shazeda_Fitness. After returning from university, I began to train at my boxing gym again, but due to COVID-19 the boxing gyms closed in Canada so I had to resort to training at home in the space that I had. This has come with new challenges, as I am not able to do as much as I usually did at the gyms, but I have found ways to make the best of my space and what I can do. In 2020 I gained a lot of strength and stamina, but unfortunately in December I got infected with COVID-19. After recovering I found that I lost a lot of weight, strength, and stamina, but I know that I can get it all back and more if I keep going. 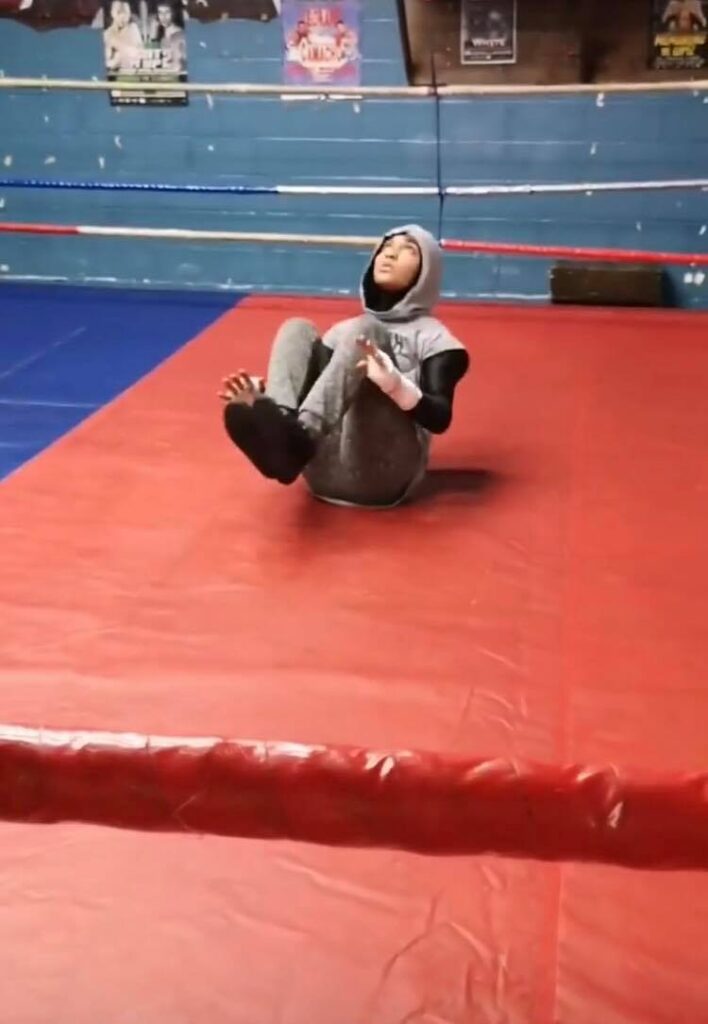 For so long I have constantly refused to be featured or interviewed about my experiences being a woman in sport and fitness simply because I believed that because I was nowhere near a professional boxer, I was in no way good enough and was foolish to think that anyone would want to read about my experiences. I now realised the only person saying those things about me was myself. I believe that a lot of the time, the only person holding you back from achieving great things is yourself. We often fill our minds with negative thoughts and never give ourselves enough credit. Every small improvement and achievement is a step towards success, but when we get too fixated on the goal that we want to accomplish, we forget to appreciate the journey and the people it took to get there. It is the failures that build us to be strong mentally and physically. As a Muslim women I want to end by emphasising that everything I have accomplished in life is truly through the will of God, and I am forever grateful to be blessed with the people in my life that constantly push me to work harder. I am nowhere near a Muhammad Ali, Mike Tyson, or Sugar Ray Leonard, but I believe that with hard work, faith, and a great support network I can accomplish something different, but great. If negative thoughts and worries are holding you back from trying something beneficial, push them aside, put yourself in an uncomfortable situation and allow yourself to give it a shot. The people that drag you down are the ones who wished they had your courage.