Interview by Women Who Fight
June 2018 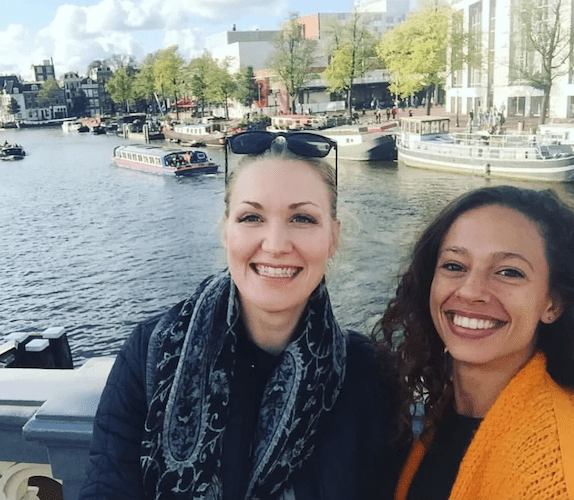 Both of them have had multiple medals from IBJJF and UAEJJF tournaments, among the highlights Rose got silver in London Grand Slam -55 brown black division this spring and Johanna was European No/Gi blue belt lightweight champion in 2015.’

Rose el Sharouni and Johanna Tavares are the founders of Ladies Only BJJ, which promotes women in BJJ and organises training camps for women around the world. Johanna lives in Norway and Rose in the Netherlands. They met at a competition and after competing against each became firm friends. Both of them have had multiple medals from IBJJF and UAEJJF Tournaments, amongst which Rose won silver in the London Grand Slam -55 Brown/Black division this spring (2018) and Johanna was European Nogi blue belt lightweight champion in 2015.

How did you two find each other? How did Ladies Only BJJ begin? What’s your story?

Do you think women’s interest in contact sports are growing in numbers?

Absolutely! It’s growing for sure, both of us pay attention both from being active participants at tournaments, following other academies and events through social media and by traveling around in Europe and US. It seems like a lot of organisations are showing more interest in putting up superfights between female athletes and in UFC women are now on the main card. Also, comparing the number of entries for the past years at tournaments in Europe and US shows a good indication of a growing number of female competitors.

How do you manage to have full-time jobs as well as training in BJJ? What’s your schedule like?

​It is busy days for both of us. Rose is studying medicine full time and I am working as a club manager full time with 84 employees. Scheduling and persistence make the days work, you need to plan your days in advance and prioritize. I think being stubborn helps! At the moment I am 6 months pregnant so my schedule is less busy nowadays, mainly because my body needs to rest, but I still work full time which sometimes requires a working week of around 50 hours. I still stay active with jiu jitsu but mostly train with my husband at the moment. Rose is the queen of planning, she is a very structured person who always plans her days in advance to fit everything within her schedule, I am more of the stubborn ADD type and don’t stop until the job is done. 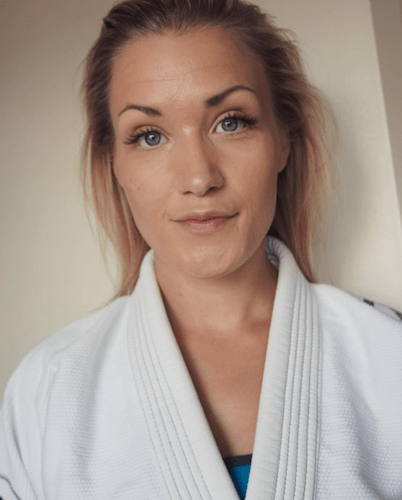 How did you both start BJJ?

I started with Muay Thai 8 years ago. After about 1 year I started with MMA, and trained up to twice a day. Unfortunately I injured my back during training and whilst doing rehab I discovered that the grappling part was more friendly to my body and it was easier to find training partners my own size. I started training without the gi at first but was introduced to the gi and at the same time met the girls team at Frontline who helped me to develop my game and made training fun. Rose started with traditional Ju Jitsu when she was a kid but one day there was a guest helping the class – Mathieu Peters – and she enjoyed the class so much she decided to sign up to BJJ right away.

Gender pay gap – it’s in BJJ too, how did this happen?

The main problem lies outside of BJJ, the pay gap in BJJ only reflects the pay gap in society. Step by step we need to change this, and we think it is going the right direction but of course a lot more can be done. We have to continue to show ourselves at all the bigger scenes and events, grab whatever opportunity that comes up and lift each other up and brag about achievements made by women since the attention benefits all of us. A common thing we hear from the organisations that pay women less is because there aren’t enough women signed up or not as many active as competitors, but if the reward is always less, how do they expect anyone to make an effort?

What is your understanding of the women’s BJJ community that you have learnt from creating Ladies Only BJJ?

That the platform is well needed, we get so much positive feedback both from the open mats and camps. Some of the girls that participate for the camp or open mat are lucky to have some women to train with on a regular basis, but there are a lot of girls who never trained with a girl. It seems like it helps to develop their game, also if you are a competitor yourself you will always compete against other women so the sparring is well needed. Our bodies are different from the guys, movement, speed, strength and technique as well. It is quite a difference from sparring with an 85 kilo guy and a 55 kilo girl. It is not about only training with women, both of us train with men and women which helps our game to develop.

How has the landscape changed for women training since you created Ladies Only BJJ?

The answer is pretty similar to the one above, hopefully by arranging camps and open mats it gives a platform for women to meet, train and talk about jiu jitsu. We met each other through jiu jitsu and became really close friends, when you are passionate about something and find a really good friend among the way it is just a big bonus. Our ambition is to support and welcome women new to BJJ through our platform and for others who simply don’t have any women to train with at their academy, provide a space to make new friends and be part of the female BJJ community.

In your experience with Ladies Only BJJ, have you noticed common problems women are coming up against in their BJJ training/lifestyle? Why do you think this is/what is the solution?

Often if you train with too heavy (or brutal) guys at your own academy, injuries easily happen. Some women unfortunately don’t want to say no to sparring because they don’t want to look weak or maybe don’t want to be rude. This often ends up in unnecessary injuries which could have been avoided. A professor has a great responsibility in class to make sure the right people train with each other.

Injuries will always show up when you train a lot or not being careful enough but it seems that girls push themselves too much, also having too high expectations of their own performance. Jiu jitsu is not a competition about being the best all the time. You don’t have to become a black belt as fast as possible or world champion, you are not supposed to be best every time you train. Unfortunately I’ve seen girls who stopped training because they did put too much pressure on themselves, which eventually makes the training stressful and a constant disappointment because they don’t feel they are performing well. The best advice is to relax and enjoy training, stop focusing on results and what other people see, jiu jitsu is for your inner happiness, not about proving anything to anyone.

How do you see Ladies Only BJJ evolving/growing?

We have plans to develop the social media account, blog and increase the amount of camps. Both of us really enjoy working with this, but we have a limited amount of time since we do everything ourselves as well as having regular jobs, but we are working on something bigger as well.

How do we encourage women’s participation in BJJ to grow?

​Think about what effect jiu jitsu made on your own life and don’t be scared to introduce new ones to the academy. If some have previous experience with working out it is great because jiu jitsu will challenge them. If they’ve never done a single rep in their whole life they will be surprised about what training can do for their mind and body. Of course, the self aspect is the core of defence jiu jitsu as well. When you focus on confidence, self-defence and inner growth it keeps the focus on your own journey and not only results from tournaments. That way, we manage to keep more people active for a longer period of time.

Do you both train together? Is there a difference between Frontline Academy and Checkmat’s style?

​We train when we meet each other, it’s the best to share the sport we love so much when we meet. There isn’t much difference between Frontline style or Checkmat, it is all jiu jitsu.

It seems like women opponents at competition are very distant with each other, what effect do you think this has on the women’s BJJ community?

​We’ve seen both to be honest, our own relationship is a perfect example of a fight that ended up in friendship but it is very unfortunate if women choose to keep distant from each other. If you give distance, you will get distance and both of us believe that in order to make the jiu jitsu grow we have to help each other. You never know what happens in a year or a five, you might end up moving to a new place or travel and it is always nice to have someone to train with or to connect with new people around the world. 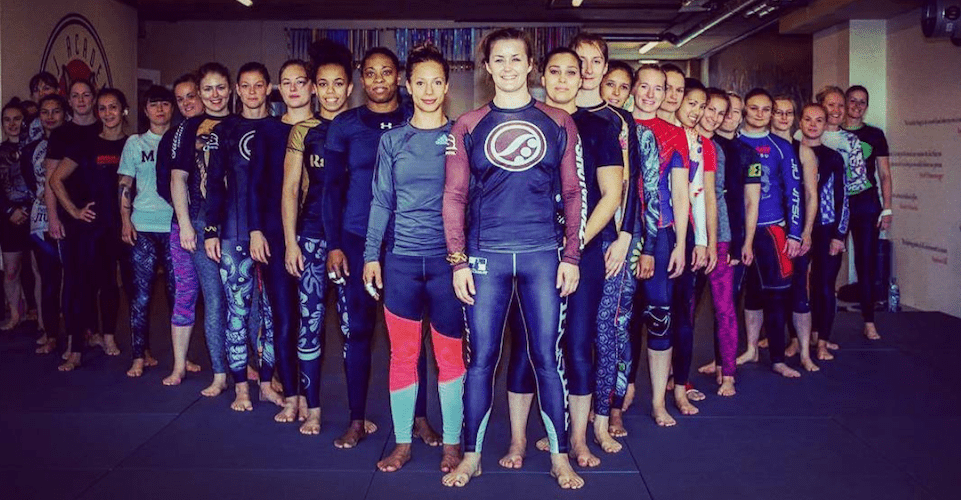