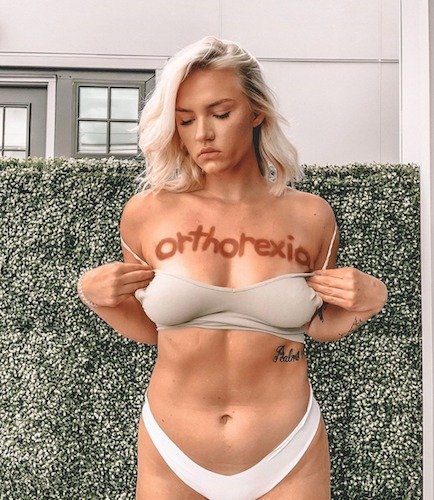 “The health food eating disorder” also known as Orthorexia Nervosa was coined by US physician Steven Bratman in 1997. Bratman devised the term to describe a pathological unhealthy fixation with eating healthy food.

The word orthorexia is derived by the Greek words orthos meaning right and orexis meaning appetite. Orthorexia is described by the wish to consume what is understood by the individual to be healthy, which may result in individuals suffering from this affliction to eliminate food that they believe is unhealthy or eliminate whole food groups. Orthorexic individuals are motivated to eat healthily in order to improve their health, treat and inhibit disease.

Bratman outlines a self-test for orthorexia made out of 10 YES/NO questions, outlining specific behaviours concerning food. The questions describe behaviours like spending too much time thinking and making food that it interferes with their day to day life, feeling anxious when consuming what is perceived by them to be unhealthy and impure and being judgemental towards people that eat such foods. The test was intended as an informal assessment tool and is also available  here

Dissimilar to other eating disorders orthorexia nervosa typically involves food quality, not quantity and does not revolve around weight loss. Orthorexic individuals appear to have an extreme fascination with the “purity” of the foods they consume as well as a fixation with the benefits of eating healthily.

Although orthorexia is not clinically acknowledged by the American Psychiatric Association (APA) nor is it part of the latest edition of the Diagnostic and Statistical Manual of Mental Disorders (DSM-5), it is gaining attention in the medical and research community and in the media.

Studies examining the causes of orthorexia are limited but some suggest that orthorexia could stem from a diet intended to improve your health becoming progressively more extreme. Other risk factors may involve obsessive-compulsive tendencies, current eating disorders, perfectionism, high anxiety and a need for control. Some studies also propose that individuals in health focused professions such as healthcare workers, dancers and athletes may also be at higher risk of developing orthorexia.Athletes often adhere to more controlled diets, in order to improve their performance or reach a goal weight if they compete in a specific weight class. Even though eating well is vital to an athlete’s continued energy throughout training and competition, too much rigidity around eating could become physically and mentally detrimental.

As aforementioned orthorexia may lead to individuals excluding whole food groups in pursuit of what they deem as healthy, which could in turn lead to harmful restrictive eating and malnutrition. Eliminating entire food groups has been associated with weakened immune function and diminished athletic performance. It is also important to note the impact on the individual’s mental health as orthorexic individuals can also experience anxiety, depression and social isolation because of their rigid eating habits.

Due partly to the lack in clinical acknowledgement and official measurement criteria there is no official clinical treatment for orthorexia. However some eating disorder practitioners suggest that widely utilized treatments for other eating disorders and obsessive-compulsive disorder can also be used for orthorexia treatment.  Treatment may involve aid from a multidisciplinary team, which includes a doctor, psychologist and dietitian. Therapy can be used to understand the problem and its effects on the individual’s physical health, mental wellbeing and social function, and slowly enable the individual to change their eating patterns, by establishing helpful eating behaviours and thoughts.

To conclude having an awareness of the foods we consume and how they affect our health is commonly regarded as something positive. Unfortunately for some individuals this can lead to distress. Hence if you have noticed that your current eating patterns are having an impact on your physical or mental health or your social life it may be important to re evaluate them or contact your GP.

Antigone is a Counselling Psychologist, registered with the Health and Care Professions Council (HCPC) and British Association for Counselling and Psychotherapy (BACP). Antigone has recently completed her Doctorate in Counselling psychology where her research focused on Orthorexia Nervosa the unhealthy obsession with healthy eating and its potential link to social media use. Antigone has given several workshops regarding anxiety, depression, self-care and self-compassion and body image as well as been a guest lecturer for eating disorders at City University of London. 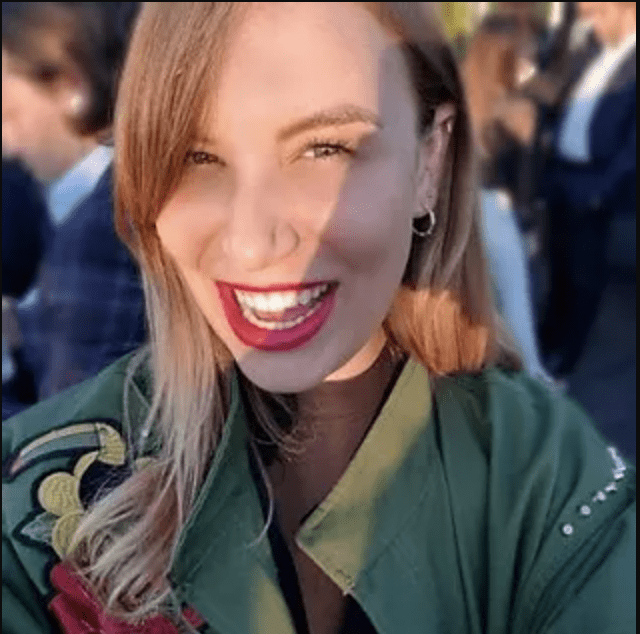 Antigone was born and raised in Cyprus and was interested in charitable work and mental health from a young age, contributing to local causes throughout her upbringing. Whilst she wanted to be an actuary after school and studied Business Statistics and Marketing at Reading University as her first degree her passion for psychology lead her to do a second degree in Psychology at City University of London. She then on continued her studies whilst working as a support worker with individuals on the autism spectrum attaining a diploma in Counselling Psychology, before going on to the Doctorate of Counselling Psychology at City University of London.

During her doctorate she was able to work with diverse populations and presentations in a variety of settings. She has worked with children, adolescents and adults, with anxiety, mood disorders and eating disorders, utilising person centred, CBT, psychodynamic, systemic and integrative approaches. She has also been able to work as part of an NHS multidisciplinary team specialising in eating disorders and has conducted groups for young adults preparing for university after having recovered from an eating disorder.