The Fight Against Derogatory Language 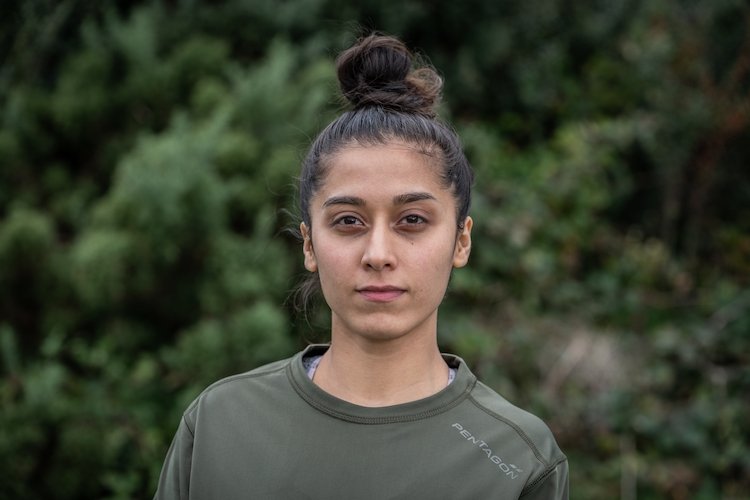 Implicit or unconscious bias occurs when our brain makes incredibly quick judgments and assessments of people and situations without us realising (Moule, 2009; Stewart, 2011). Our biases are influenced by our background, cultural environment, upbringing and personal experiences. We may not even be aware of these views and opinions, or be aware of their full impact and implications. Unconscious bias can lead us to make decisions that are bias in nature and therefore discriminate against a certain gender, race or sexuality, to name just a few examples. To illustrate this, a study of science faculties in higher education institutions (Moss-Racusin et al., 2012) asked staff to review a number of job applications.
The applications reviewed were identical, apart from the gender of the name of the applicant. Science faculties were more likely to: a) rate male candidates as better qualified than female candidates, b) want to hire the male candidates rather than the female candidates, c) give the male candidate a higher starting salary than the female candidate and d) be willing to invest more in the development of the male candidate than the female candidate. Here, unconscious bias impacts not only on the recruitment decision, but the salary of the individual and the amount of development that is invested in their ongoing progression. This concept can also be applied within a sport setting, whereby female athletes are treated unequally, are presented with less opportunities as their male counterparts and are under scrutiny because of their involvement in a sport that is male dominated (Oftadeh-Moghadam et al., 2020).

Sportswomen in the new millennium are breaking the physical restrictions of the past and reconstructing new, established cultural stands and sporting identities, while changing the perception of male dominated sports (Hargreaves, 1994). However, within the realm of sport, women who compete in male dominated sports (e.g. mixed martial arts, boxing, Brazilian jiu jitsu) tend to experience far more prejudice, sexism and discrimination because of their choice to participate in a sport that is deemed to be masculine (Paul, 2015). With this in mind, female athletes also experience unique societal pressures such as their sexuality being assumed and are faced with hateful comments because of their participation in a male dominated sport. Despite this hardship, female athletes around the world have challenged the system, acted against societal norms, and created new concepts of womanhood through participation in male dominated sports (Knapp, 2014).

Previous research in boxing has found that women athletes experience the use of offensive language whilst training at their respective boxing gyms (Oftadeh-Moghadam et al., 2020). Oftadeh-Moghadam et al.’s (2020) study with eight elite female amateur boxers revealed that the female boxers had experienced and heard phrases such as “stop hitting like a girl” “you’re a bitch if you don’t spar” “you should get on your knees and do a girly press up” within various boxing gyms, where some of the members where as young as 8 years old. One boxer highlighted her concerns surrounding the use of such language, emphasising that the younger generations will not only pick up and imitate such offensive, sexist comments, but they will also unconsciously begin to believe that women are in essence less able than men. The participants concluded that female boxers need to be treated in the same way as their male counterparts, and be presented with equal opportunities to enable them to progress within their sporting careers.

Normalising such language within a sporting environment is dangerous and can have long lasting negative affects on the way female athletes are perceived in male dominated sports. More broadly, this builds on the concept of unconscious bias, whereby the use of such language becomes acceptable and part of the norm within a given sport. The rippling effects will however only influence the female population, as they are the root target of discriminatory comments. As previously mentioned, such experiences exist within this niche population, and therefore requires rigorous, immediate action to navigate around a topic which is clearly invisible and taboo. Coaches, officials, athletes and even parents who attend training sessions must be aware of such language and challenge the use of offensive, sexist and discriminative language within training facilities.

On a wider perspective, governing bodies need to start tackling such issues head on, and implement rules and regulations which aim to educate and prevent the use of derogatory language. To achieve this, governing bodies should seek professional help from sport psychologists and female representative of male dominated sports to collate data on the lived experiences of female athletes and collectively build a well-informed strategy to help tackle this issue. One way to accomplish this would be by way of continuing professional development (CPD) workshops, delivered by experts (e.g. sport psychologists) to help better communicate the concept of this issue, break down the barriers of discriminatory language and ultimately enhance the experiences of female athletes who train and compete in a male dominated sport. Acknowledging our possible biases and working collectively, openly and honestly is key for developing a sense of cohesion and community within a sporting environment.

WHO IS SHAKIBA MOGHADAM?

Shakiba Moghadam is a Sport Psychology doctoral student, research associate and former Sports Science and Psychology lecturer at the University of Portsmouth. Her research interests include the mental health and wellbeing of female athletes who train and compete in male dominated sports, the lived experiences of female boxers and the mental health literacy of female rugby players. Alongside her studies Shakiba has competed at the elite level within amature boxing, and has previously secured the Southern counties title at the 48kg category. Shakiba is also the co-owner of a training facility in Southampton called Move Training Centre.